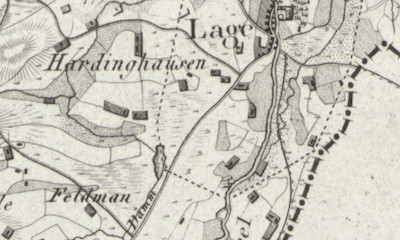 On November 28 1882, Jan Egbert married Aleida Hendriksen (Hindriksen) of Itterbeck. He was 26 years old, and she was 23. On March 31, 1883 their son Frederik Olthof was born in Striepe and baptized on July 22 in Uelsen.

Olthof Grandparents and the Olthof Farm

Jan Egbert Olthof’s grandparents on his mother’s side were Jan Olthof  and Fenne Jürgens. They were married on February 19, 1823 and inherited the Olthof farm. They had two children: Geerdjen in 1826, and Swenne Gesina in 1828.

Sadly, Grandfather Jan Olthof died on July 13, 1830, leaving Fenne a widow with two small children. She soon remarried to Evert Bekman (Bekking). They remained on the Olthof farm and Evert took the Olthof name, as was the custom in Grafschaft Bentheim. Fenne and Evert had seven children together, all carrying the Olthof name.

In April of 1884, Jan Egbert Olthof, his wife Aleida, and their infant son Frederik boarded the sailing vessel S.S. Amsterdam to travel from Amsterdam to New York. However, for Aleida the dream of America was not realized, as she died aboard the ship on April 24 and was buried at sea.

Their son Frederik Olthof apparently died en route as well, as there are no records to indicate his arrival in New York.

A day after Aleida died, the Amsterdam docked in New York Harbor.

Jan worked his way west from New York City. By 1889 he had found his way to Allendale, Michigan. Here, he met and married a 21–year–old woman by the name of Katie Smit (Smith).

Katie was the daughter of Jan Geerts Smit and Jentje/Jennie Bouwknegt, both immigrants from Nijeveen, Drenthe, Netherlands. Born in 1866, Katie had emigrated at the age of two with her parents. The Smit family first lived in Wyoming, Kent County, Michigan, where Katie’s father worked as a day laborer.

Katie and Jan Egbert Olthof built a house near her parents’ property in Allendale. Jan earned a living by hunting year–round. He brought the animal pelts he harvested to a furrier in Grand Rapids every week or two. They had all five of their children in Allendale, with one child being named Leida to honor Jan’s first wife Aleida, who had been buried at sea.

From Allendale to Holland

Around 1895, Jan and Katie and their children moved to Holland, Michigan, where Jan first worked as a night watchman at a tannery on Tenth Street. The family lived at 331 West 14th Street. The 1900 Census finds him working as a laborer for the railroad, and the 1920 Census lists his occupation as a sandpaperer in a furniture factory. Katie died on April 11, 1921. The 1930 Census lists Jan as retired and living in Spring Lake with his daughter Leida and her family. Jan Egbert Olthof died on January 9, 1938. 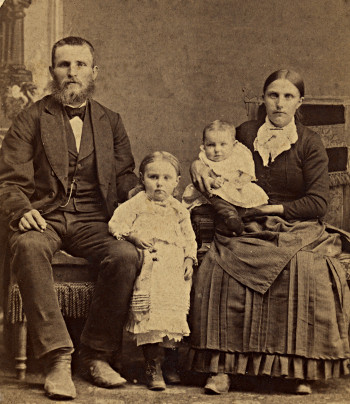 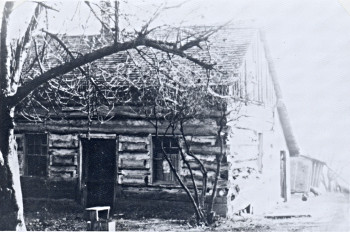 Jan and Katie lived near her parents, Jan and Jentje Smit. The Smits first lived in this log cabin in Allendale before building a new house. 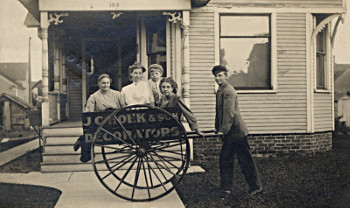 Jan Egbert Olthof’s wife Katie and four of their children. This photograph was made into a postcard and sent by Katie in Holland to her sister in Hudsonville on June 6, 1911. 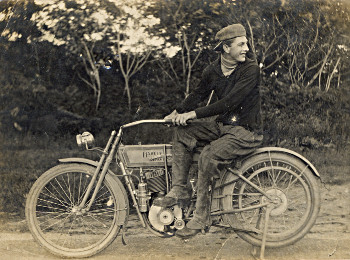