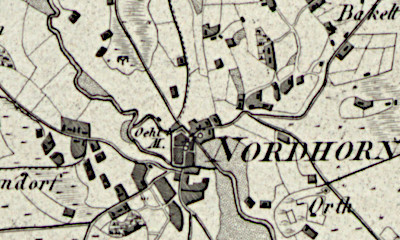 Jan Harm Lummen was born December 15, 1825 in Frensdorf to the Akkerman farmer Frederik Hekman/Lummen and his second wife Swenne Lögten. Frederik’s first wife was Fenne Lummen, and he had taken the Lummen name when they married. Jan Harm was the only child from this second marriage.

On May 24, 1854, Jan Harm married Gese (Geize, Grace) Stevens in Nordhorn. They would have four children in Frensdorf:

In March of 1867, Jan Harm, wife Gese, daughter Zwantje, and son Hendrik emigrated to Michigan. The Lummen family settled near Graafschap in Allegan County, Michigan. There he became a farmer. The 1880 Federal Census shows that they had two more children:

Jan Harm Lummen died on March 13, 1898 in Fillmore Township at the age of 72. He was buried in the East Saugatuck Cemetery. 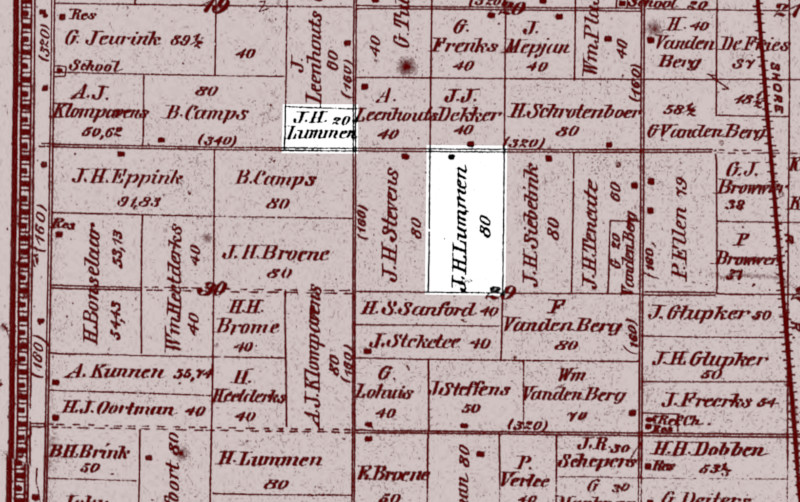 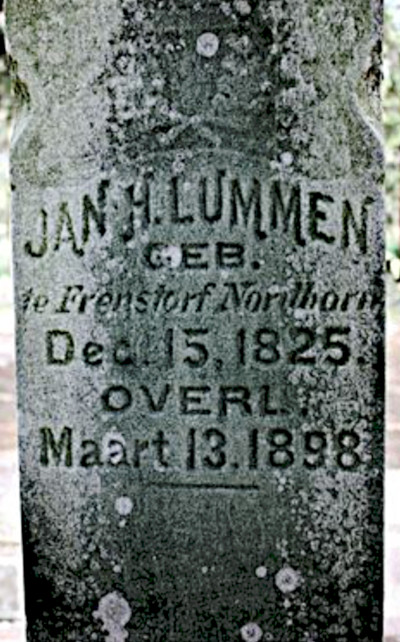