Berendena Keddeman was born in Ratzel on February 25, 1851. Her parents were Arend Keddeman (Kedding, Keddink) and Zwenne Teusink (Theusing), and she had two sisters, Gesina and Miena. Berendena’s father died on October 26, 1866 in Ratzel. Five and a half months later, the remaining family members emigrated to the United States, where they settled in Graafschap, Michigan, in late April of 1867.

On March 26, 1868, 17–year–old Berendena married Albert Dyke (Dijk, Dyk), another recent immigrant from Grafschaft Bentheim. Albert was 31 years old and working in Graafschap as a carpenter. Their first two children, Zwaantien and Gerrit, were born here in Graafschap.

A couple of years later, Berendena and Albert moved to Allendale in Ottawa County, where they purchased 40 acres of land along the Grand River. Their house was located on what is today called Lincoln Street. Over the next few years, they purchased land bordering their original farm until they owned 150 acres. Their next ten children were born here on their farm in Allendale.

Albert and Berendena had twelve children:

Moving to Pearline in Allendale

In 1905 Albert and Berendena Keddeman Dyke purchased land in “Pearline” along the River Road (today’s Lake Michigan Drive) in Allendale and built a new house. This new residence put them close to their church, the Allendale Christian Reformed Church. Their sons Gerrit and Arend (called Harry) now operated their original farm as the Dyke Brothers farm.

Life as a Widow

With twelve children, Berendena was bound to experience some lows as well as highs. On December 3, 1941, son Johannes committed suicide by inhaling carbon monoxide after marrying and divorcing his wife, and then marrying her again. But surely the most tragic event Berendena experienced occurred in 1924, when her son Egbert, nicknamed “Happy,” killed his girlfriend of four years by striking her twice on the head with an axe.

Berendena’s pastor, Rev. Keegstra of the Allendale Christian Reformed Church, said that when Berendena told him about what Egbert had done, she was crying so hard that the front of her dress was soaking wet.

Berendena Keddeman Dyke died in 1935 at the age of 84. She had been a widow for 25 years. Both her husband and she were buried in the Allendale Township Cemetery. 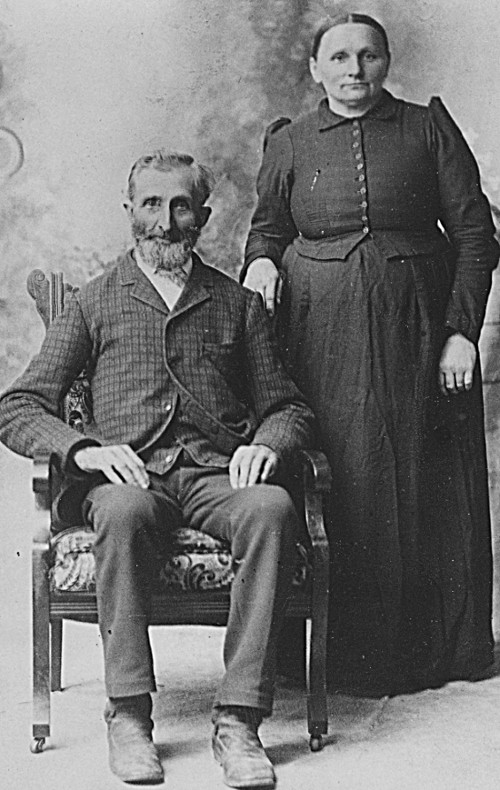 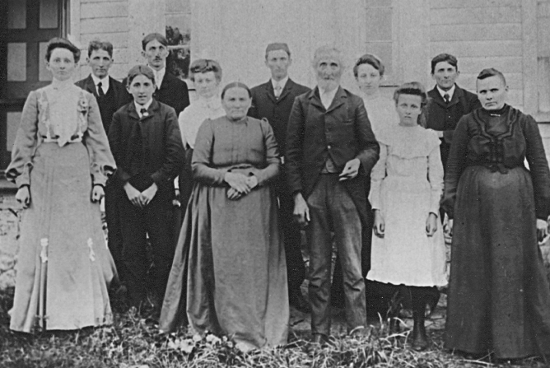 Albert and Berendena with ten of their twelve children.

Berendena’s direct descendants at a family reunion in the early 1930s. Berendena is at the bottom left (wearing a dark hat).