The Territory Around The Vechte River Receives The Name “Grafschaft Bentheim” 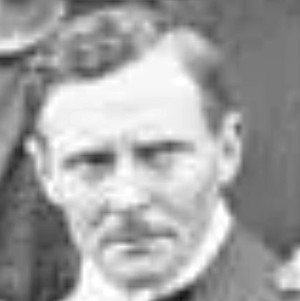 Translation by Swenna Harger. This chapter originally appeared in the 2003 issue of the Bentheimers International Society Newsletter. 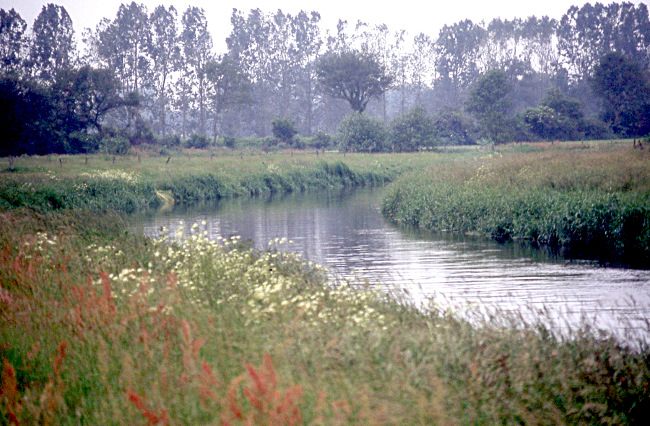 “The Vechte River in Summer” by Gary Gemmen.

The 113-mile-long Vechte River begins near Darfeld in the state of North Rhine-Westphalia before flowing north. It enters Lower Saxony just south of the village of Ohne, Grafschaft Bentheim and flows through the county before passing over into the Netherlands at the village of Laar. The Vechte River may be the “Vidrus fluvius” waterway named by Ptolemy (100-170 A.D.) in his Geographia.

From Roman To Frankish Rule

Charlemagne, the King of the Franks, had a way to unite the German tribes. His arm reached from the northern coastline to the southern Alps. To control this vast region, he placed ruling counts at strategic places. How he heard about the old Roman governing seat on the hill in Bentheim, where supposedly the son-in-law of Augustus, named Drusus, had a jurisdiction, is not known to us.

What we do know is that the castle on the hill became the governing seat of the counts who ruled this territory on their terms. Charlemagne introduced Christianity with the sword to the tribes of the Bructeri, Tubantes, Chamavi, and the later arriving Saxon tribes. Where there were villages, he built chapels and places of jurisdiction. The count was to oversee both of them and also collect the Zehnte, a tenth of all income, for the emperor.

The counts on the hill of Bentheim enjoyed their jobs. There were a large forest and those never-empty clay pits, whose lumber and sandstone were so useful to enlarge and fortify the castle. The neighbors to the west enjoyed this raw material, too. In the course of time, churches and castles were built between the Maas and IJssel rivers from Bentheim lumber and sandstone. 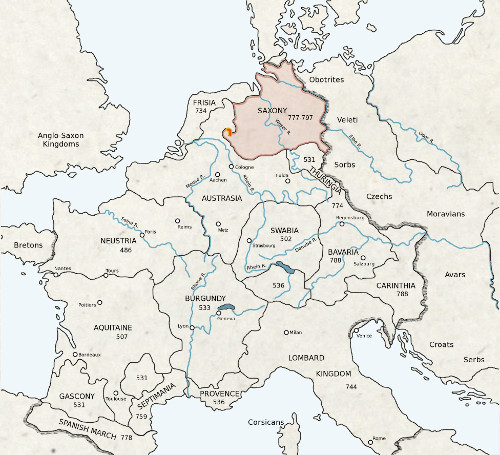 Charlemagne’s empire. Charlemagne (742—814) divided his sprawling empire into hundreds of territories (counties) and employed loyal and capable men from the aristocracy to carry out his will. Not only did counts collect taxes and make sure that the general population behaved, but they also had to control the nobility and knights who had been given land. The red spot in Saxony roughly shows where Grafschaft Bentheim is located on both sides of the Vechte River. View a larger image of this map here.

Burg Bentheim from a postcard (early 1900s). After its destruction in 1116, the castle was re-built from Bentheim sandstone.

This trade prospered for about one thousand years. Orders rolled in, and flat boats with building material went down the Vechte River on to the Zuider-Zee to the Netherlands. This trade brought money into the purses of the counts, and they could enlarge the castle and their territory. The trade with the Netherlands and the free cities to the north brought work and wealth into the homes of the residents of the county. After a while, the counts did not even bother to run this business themselves but rented the stone quarries out to contractors. They collected only the tax on the transactions, which sometimes amounted to 10,000 Thalers annually. A sum like this ensured the counts a carefree life during the Middle Ages.

In time, their official duty to rule the county as employees, entrusted to them by the emperor, became a hereditary succession. There were times that the emperor paid little attention to the northern German region. The counts ruled and prospered after their own fashion. If there was a rift with a neighboring bishop or government official, they declared war on their own.

Their wealth also made them large landowners. Little by little, they bought taxable income in Schüttorf, Nordhorn, Uelsen, and Emlichheim. The late Dr. Edel, one of the foremost historians on the county, thought that the jurisdiction in Schüttorf was already owned by the counts at the time of Barbarossa. Of course, Schüttorf was one of the shipyards for the stone export, bringing this valuable item down the Vechte River. 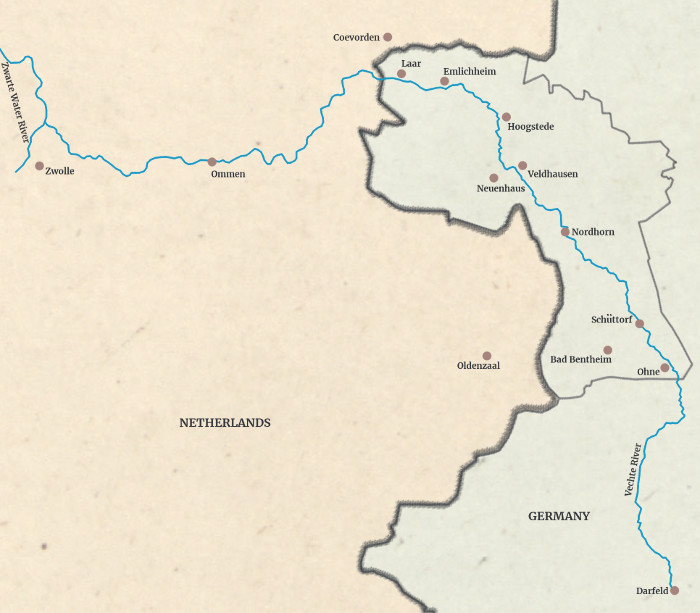 The Vechte River from its headwaters near Darfeld, North Rhine—Westphalia and through Grafschaft Bentheim. From there, it runs west across the Netherlands until it joins the Zwarte Water river north of Zwolle.

In 1380, Herman von Gölenkamp sold the large wooded area of Osterwald to the count and the swamp that later became Alte-Piccardie and Georgsdorf.

The careers of the counts of Bentheim had started as administrators of the emperors; now they were large landowners. Their title was hereditary, and they enjoyed power and wealth. They owned the whole county—except the village of Lage. At the end of the Middle Ages, they had earned for their territory the name “Grafschaft Bentheim”—the county of Bentheim.

This is history, but in all honesty, we have to tell you that much of the beginnings are in the dark and under a veil. We do not know when the castle of Bentheim was built. We do know when it was destroyed, which was in 1116 by Emperor Lothar von Süpplinburg, who had a run-in with the Saxon tribes. We have no idea what the castle looked like in that period, or who was the original builder. There are legends, and legends make wondrous fireside stories.

Continued in Chapter 2: “A Glance Into Past Ages.” 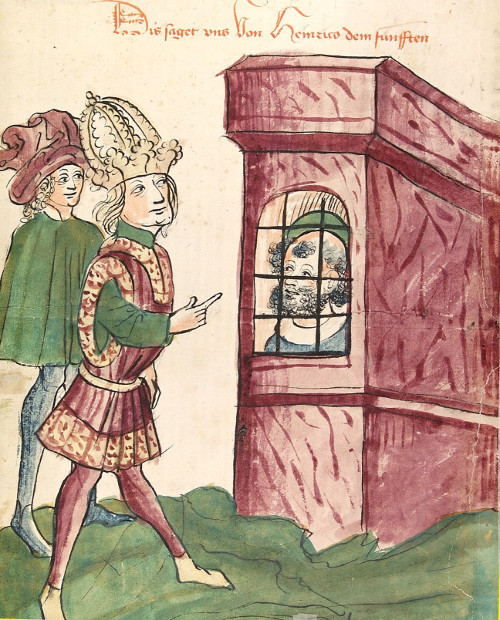 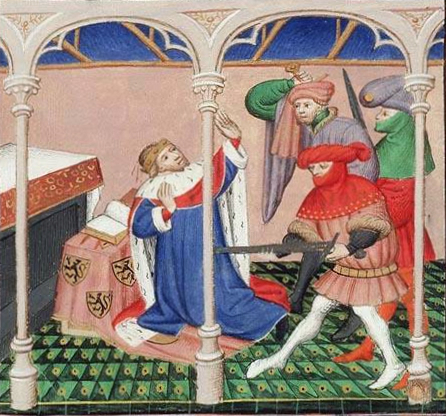 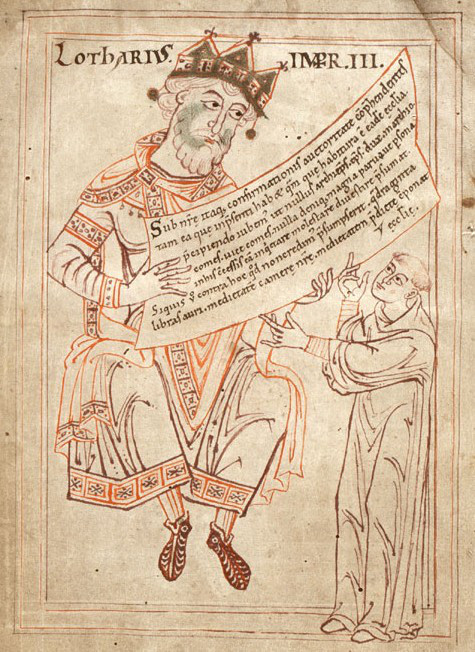 When Lothar von Süpplinburg (ca.1075—1137) destroyed Burg Bentheim in 1116, he was the very powerful and ambitious duke of Saxony. He had earned the duchy in 1106 by helping Emperor Heinrich V overthrow his father, Heinrich IV.

But a few years later, Lothar and many Saxon nobles rebelled against Heinrich V. Lothar and his Saxon army crushed the imperial forces in 1115 in the Battle of Welfesholz.

To pay back the nobles who had remained loyal to Henry V, Lothar destroyed their castles. Johannes I, the count of Bentheim, was on Lothar’s naughty list.

Lothar von Süpplinburg was later elected king of Germany and Italy in 1125 and crowned Holy Roman emperor in 1133.

Sager touches on many interesting topics here: Drusus and the Romans, Charlemagne, and the Germanic tribes are just a few. What areas do you want to learn more about or have already looked into?