Jennechien Dyke was born on November 4, 1830 in Nieuwleusen, the Netherlands, the eldest child of Gerrit Hendrik Diek and Jenne De Groot. Her father was a carpenter. Her siblings—Fenne, Albert, Frederik, and Jan Hendrik—were born in Bauerhausen, now a part of Uelsen, and both of her parents were baptized in Uelsen.

The Dyke and Broene families were both members of the small seceders group that was trying to leave the State church (the Reformed Church) and establish a church of their own. The Reformed Church received funding from the government, which allowed governmental control that the seceder group found unacceptable. Jenne’s uncle Albert Dyk and Harm Hendrik’s father Geert Broene were two of the four men who signed the document of secession. Geert was actually imprisoned in Burg Bentheim for conducting religious services for this new church.

Jenne and Harm Hendrik had eight children altogether—the first four in Höcklenkamp, and the last four in Graafschap, Michigan: 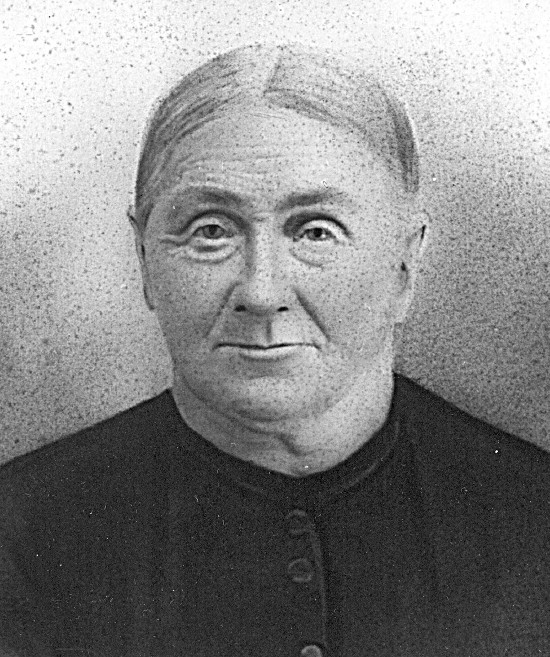 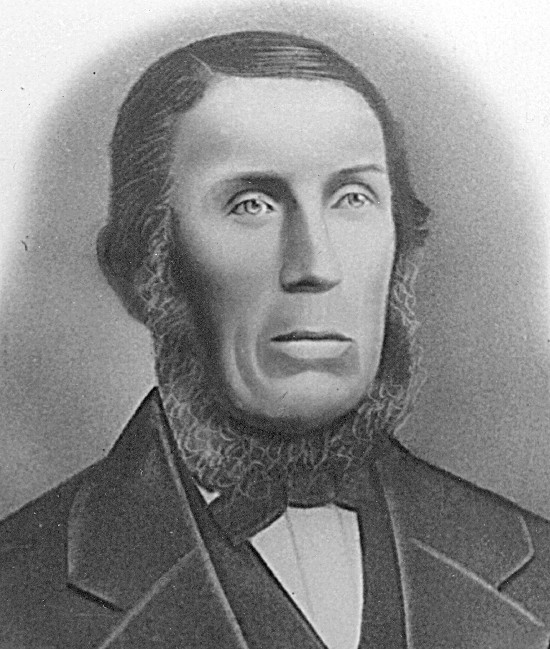 Leaving for America was first the idea of Harm Hendrik’s eldest sons from his first marriage to Kunnegien Nyboer, Geert and Egbert. In his autobiography, Geert complains that his stepmother Jennechien Dyke didn’t want to leave her home and family. However, soon her own father and siblings were making plans to leave as well.

Thus, in 1865 Jennechien, Harm Hendrik, and their four children emigrated to the United States. With them were Harm Hendrik’s five surviving children from his first marriage. The family sailed aboard the S.S. New York, arriving in New York City on July 31, 1865. From there they made their way to Michigan.

The family settled on a farm south of Graafschap, where Jennechien and Harm Hendrik had four more children. On May 1, 1885, the couple sold their farm and moved to Allendale Township, along with their younger children.

Harm Hendrik died on July 30, 1890 and was buried in the Allendale Township Cemetery. A few years later, at the age of 66, Jennechien Dyke married for a second time. On October 1, 1896,  she wed Berend Roerik/Roerig, an emigrant from Groningen, the Netherlands; he had been widowed twice before. He moved from his home in Grand Rapids to live with Jennechien in Allendale.

Jennechien Dyke died in 1908 and was buried with Harm Hendrik Broene, although her headstone reads, “Jenne Roerik.” Her second husband Berend died on May 2, 1916, and was buried in Grand Rapids. 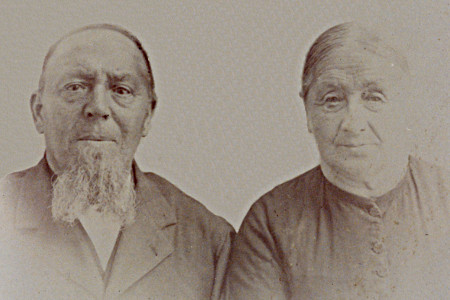