Jan (John) Veldhuis was born on November 15, 1873 in Uelsen. His parents were Gerrit Hendrik Veldhuis and Lütte Alfering of Halle.

At the age of ten, Jan emigrated to the U.S. with his parents and three siblings aboard the S.S. Schiedam. After arriving in New York on May 14, 1883, the family traveled to Michigan, where they first lived in the Overisel area before moving to a farm in Allendale.

His parents Gerrit and Lütte had three other children in Grafschaft Bentheim and at least four more in Michigan:

On October 14, 1903, Jan (he used the name John Velthouse) married Emma L. Aye (Aie) in Lamont. Emma was born in Chicago on November 2, 1876 to German immigrants George and Henrietta Aie. A few years later, John and Emma adopted a two–year–old boy, Emmet. The family lived in Wyoming, Michigan for a number of years before moving back to Allendale. On June 9, 1933, Emma died in Allendale and was buried in the Allendale Township Cemetery.

A few months later, on October 18, 1933, John married Lily E. Leweke in the city of Allegan. Lily was born on February 10, 1892 in Trowbridge Township, Allegan County to William and Nellie L. Leweke. She had been married to Clayton Lindsley from 1920–22 but divorced him on grounds of non–support.

Jan and Lily were still living in Allendale in 1940, but some time after that, they moved to Allegan. Jan Velthuis died on August 30, 1953 and was buried in the Oakwood Cemetery. Lily passed away on March 26, 1957. 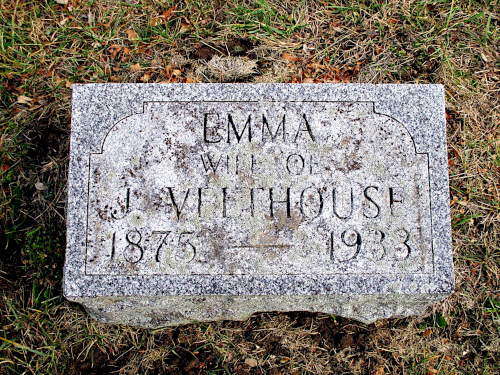 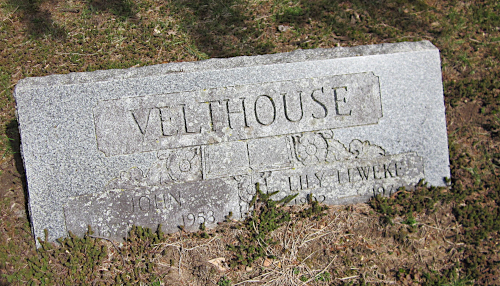