Hermannes Lemmen was born on March 12, 1854 in Laar, the third child of the weaver and farmer Berend Jan Lemmen and Fenne Schoemaker. His brother and sisters born in Laar were Fennegien, Gerrit, and Gerritdina. On April 9, Hermannes was baptized by the Separatists (Old Reformed) congregation in Emlichheim.

When Hermannes was three years old, his family sold their ancestral farm and emigrated from Grafschaft Bentheim to Laketown Township in Allegan County, Michigan. Hermannes’ uncle Jan Harm Lemmen and aunt Lamberdina Lemmen had re–located there years earlier. The family departed from Bremen on the Bark Laura on August 11, 1857. Around ten weeks later, on October 5, the sailing ship reached New York. From there, the family traveled to Laketown, where they bought 120 acres of uncleared land just west of Graafschap. The children worked alongside their parents in clearing the land so they could begin to farm.

On June 23, 1879, Hermannes married Zwaantje Lummen, a fellow emigrant from Grafschaft Bentheim, Germany. The next year, he bought 40 acres of his parents’ farm and became a farmer, which he did in Laketown for the remainder of his life. According to the 1880 agricultural census, this farm produced $650 worth of farm products in 1879 and had two horses. 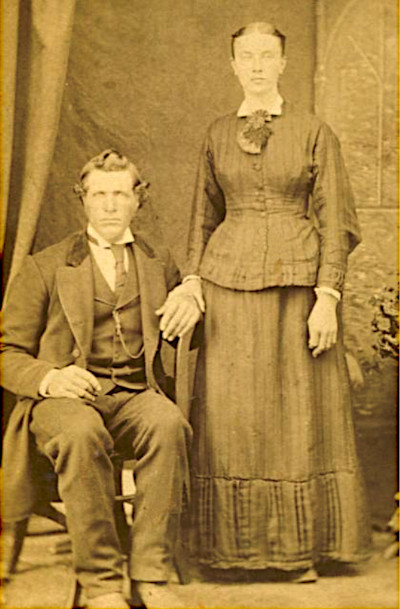 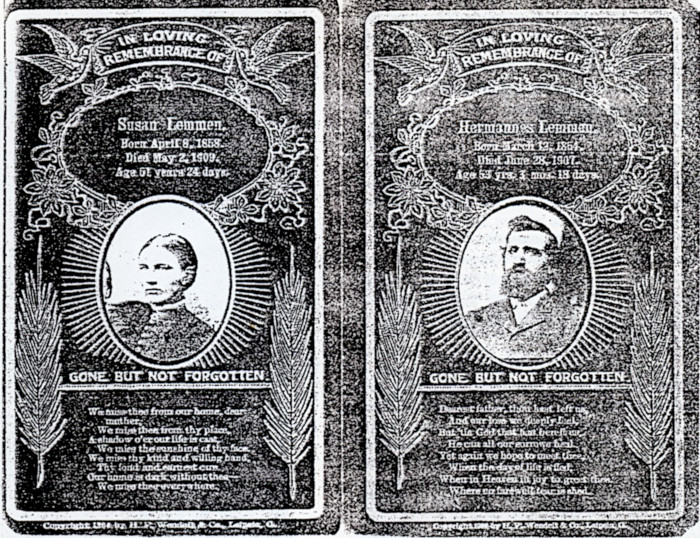