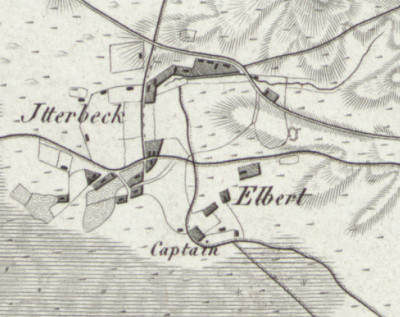 Hendrickien Scheerhoorn (also Scherborn, Scheerhorn) was born in Coevorden, Drenthe, the Netherlands on March 19, 1826. Her parents were Hendrik Alberts Scheerhoorn and Engel Almelo. On October 5, 1856, Hendrickien married Berend Jan Lotterman, a day laborer (Heuermann) from Emlichheim (1822–around 1881). They had four sons and a daughter:

Second son Hendrik left Grafschaft Bentheim at the age of 22 and emigrated to the United States aboard the S.S. Castor, which left from the port of Amsterdam on May 4, 1881. A year later, Hendrickien and her three other sons would follow.

On April 5, 1882, Hendrikien Scheerhoorn Lotterman and her three sons still in Germany departed Antwerp, Belgium aboard the S.S. Switzerland. Albert was 24, Willem was 17, and Evert was eleven. By this time, Hendrickien was a 56–year–old widow. They joined Hendrik at his home on 52nd Avenue in Allendale, Michigan. Albert, Willem, and Evert later moved to Grand Rapids, but Hendrickien remained with Hendrik.

On April 19, 1889, Hendrik married Grace Broene, daughter of Harm Hendrik Broene and Jennechien Dyke. Grace moved in with her husband and mother–in–law. Over the next few years, Hendrickien Scheerhoorn would become grandmother to their two daughters and two sons. But on July 11, 1898, Hendrik died from a horse kick to the lower abdomen.

Shortly after this, the newly–widowed Grace Broene Lotterman hired Jan Hendrik Gemmen to run the farm. The next year, they were married. Jan Hendrik Gemmen proved to be a wonderful stepfather to Hendrik Lotterman’s four children, and Hendrickien remained living with them in Allendale.

Hendrickien Scheerhoorn Lotterman died on January 5, 1900 and was buried in the Allendale Township Cemetery. Her eldest son Albert wrote the following obituary:

“Today the Lord, our God, suddenly took away our beloved mother Hendrikje Lotterman. Born in 1826, the 19th of March, in Koevorden, the Netherlands, she was 73 years, 9 months and 17 days old. Our father preceded her, passing into eternal rest 20 years ago. In 1882 she came with four children to this country. One of them went before her. From 17 years old, she sought the Lord. Life was her Christ, dying her gain. This is our consolation and gratitude. In the name of the children and their spouses.” 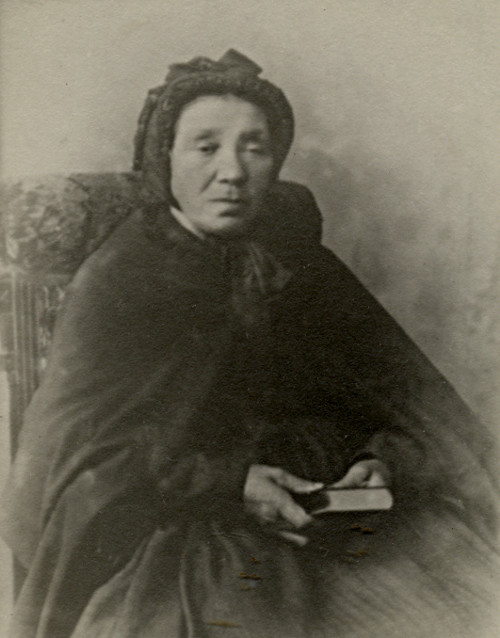 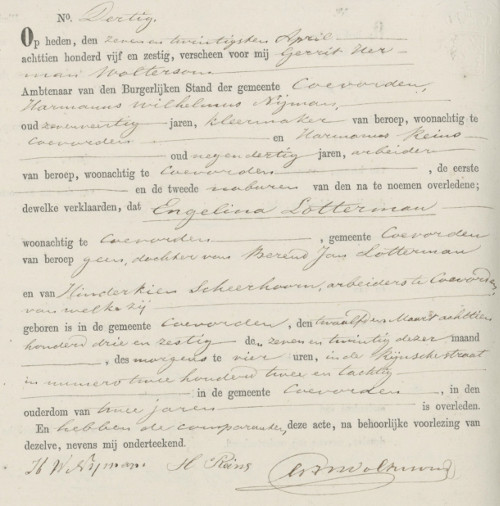