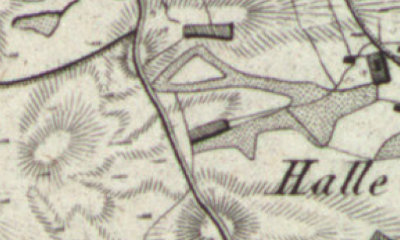 Gerrit Hendrik Veldhuis (Velthuis, Velthouse) was born on January 15, 1846 in Halle. His parents were the Kötter Jan Duisman and Fenne Veldhuis. On April 29, 1873, he married Lütte Alfering in Lage.

In 1883, Gerrit and Lütte, along with their four children, departed from the port of Rotterdam for New York. Their ship, the S.S. Schiedam, arrived on May 14. Once in the U.S., the family first lived in the Overisel, Michigan area. They soon moved to a farm on 78th Avenue in Allendale Township. 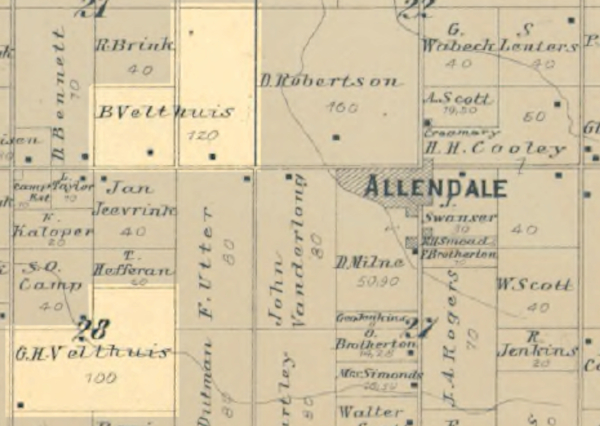 The 100–acre Gerrit Hendrik Veldhuis farm in Allendale Township in 1897. His brother Berend Veldhuis’ farm was located to the north.

Gerrit Hendrik and Lütte had several children, with the first four born in Grafschaft Bentheim and the last in Michigan.

Their son Benjamin changed his last name to Velthouse, as this seemed more American. Henry and Albert never married.

Stories abound among Benjamin’s descendants about how homeless men or vagrants would frequently sleep in their barn overnight as they passed through the area. Some would ask permission, but others who needed shelter during the Great Depression just came and left a few signs that they had been there.

Gerrit Hendrik died on December 3, 1906, and Lütte died on April 28, 1925. After Gerrit’s death, sons Henry, Fred, and Albert lived with Lütte as long as she lived.