Fenigje Lemmen was born in Laar on July 9, 1797, the first child of Berend Lemmen and Ide Wiggers. Her parents would have six more children before her mother died in 1810, leaving Fenigje to raise her younger brothers and sisters.

The Geert Jan and Fenigje Lemmen Family in Laar

On November 22, 1823, Fenigje married Geert Jan Ranters from Heesterkante, who was a 38–year–old weaver. Since they were living on the Lemmen property in Laar, he took his wife’s last name. They had four children, with one daughter dying in infancy. Geert Jan passed away sometime after the birth of their last child:

In 1847, son Jan Harm emigrated to Michigan and settled in Graafschap, followed by his sister Lamberdena in 1854. Fenigje, her son Berend Jan, his wife Fenne Shoemaker, and their children finally departed Grafschaft Bentheim ten years after Jan Harm. On August 11, 1857, they sailed from Bremen on the Bark Laura and arrived in New York on October 5, 1857. They purchased land in Laketown Township, Allegan County and began to farm. Fennigje lived with her son Berend Jan’s family until her death in May 1870. 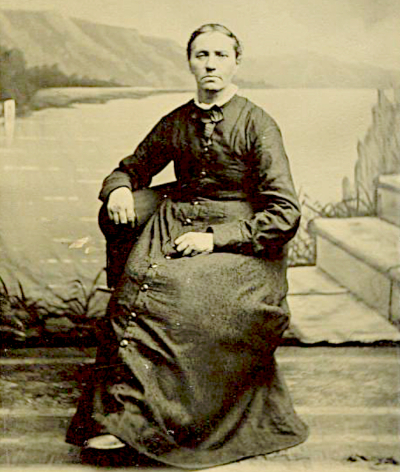