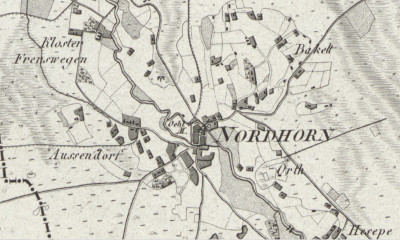 Berend Klukkert (Klukkers) was born February 4, 1847 in Altendorf, the youngest of four children. His father Geerd Klukkers was born in Bimolten and was by occupation a weaver. Berend’s mother was Fenne Harmsen, who was born in Bakelde.

Berend had two older sisters who were also born in Altendorf: Aale on January 9, 1838, and Fenne on September 22, 1840. He had an older brother who was also named Berend, born on January 12, 1844. He died just over a year later, on May 22, 1845. Geerd and Fenne Klukkers used the name Berend again for their second son  (the subject of this biography). In September of 1854, when Berend was seven years old, his father Geerd died in Frensdorf of tuberculosis at the young age of 42.

In 1867 Berend emigrated to America aboard the ship S.S. Manhattan; he was 21 years old. The New York Passenger Lists record states that he departed Liverpool, England, with a stop in Queenstown, Ireland before arriving at the port of New York on October 4.

It is not known how Berend went west upon his arrival, although one of his son’s obituaries states that he got a job with the railroad. Perhaps that is why there are no records of Berend on any censuses until 1880.

From Missouri to California

Berend Klukkert sold their Missouri property in November 1881, and he, Amanda, and their now six children took the train to California. In 1882 Berend purchased 170 acres in Shasta County, in what is now known as Anderson, California. When he filed a declaration of Homestead on this property in 1885, the 170 acres contained 8,000 grapevines, 500 fruit trees, 20 acres of grain, and ¼ acre of blackberries.

On October 7, 1886, Berend appeared in the Shasta County court and became a U.S. citizen. He was 38 years old.

For years, Berend and his sons ran a produce and truck garden—with his oldest son loading up a wagon with fresh produce and driving it all over Shasta and Trinity Counties, where he would sell to miners and others. He then would sell the wagon and team of horses and return to the farm by train to start all over again. Berend was well known in the region for his excellent grapevines and, in particular, his fine peach crop.

Berend and Amanda had ten children. The first six were born in Fredericktown, Missouri, and the last four in Anderson, California:

By 1900, Berend had started a bakery in Anderson with his sons Ben and Harry. He sold the farm, and he and Amanda bought a small house in Anderson near the bakery.

In June, 1908, Berend made a trip back to Germany to visit his family there. Amanda did not accompany him.

Amanda died on March 21, 1913. Berend moved to San Francisco to live with his unmarried daughter Lillian. That is where he died in 1920 at the age of 73. He was buried back in Anderson next to his wife Amanda and several of their children. 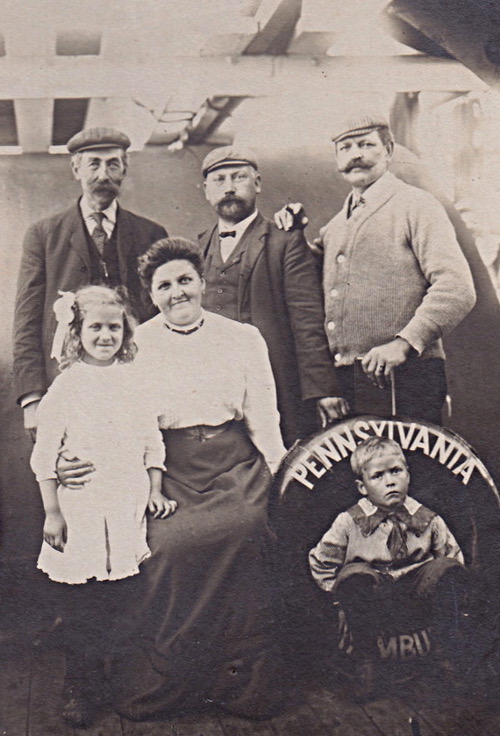 Berend (back row, left) aboard the S.S. Pennsylvania during his visit to Germany in 1908. His fellow passengers have not yet been identified. 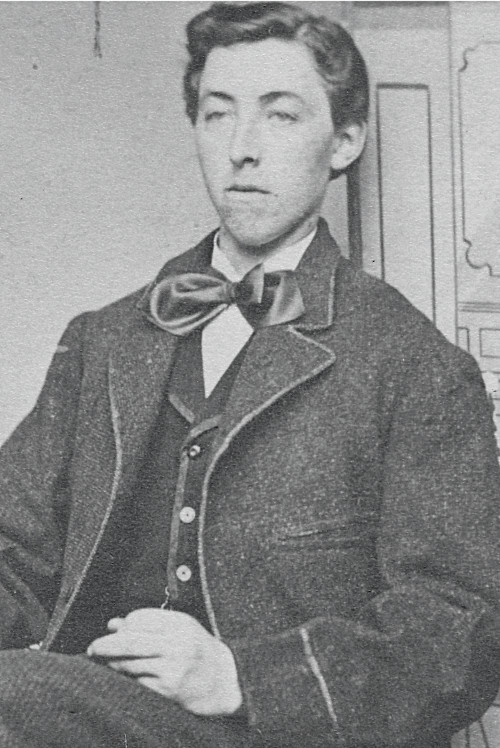 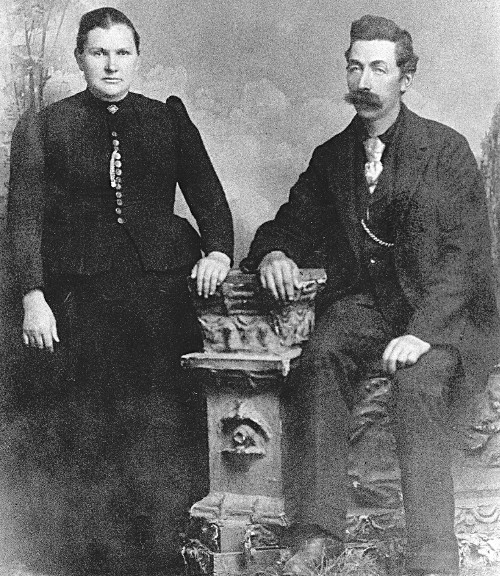 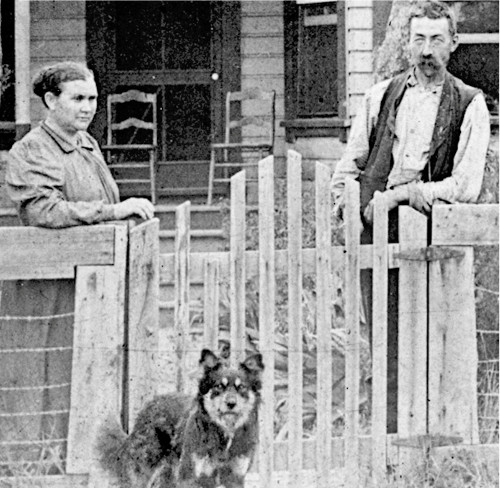 Berend and Amanda outside their home in Anderson, California. 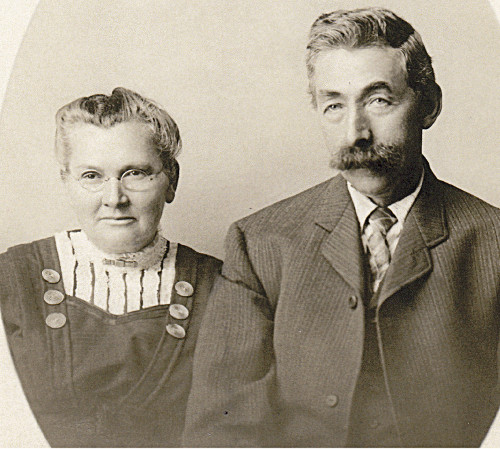 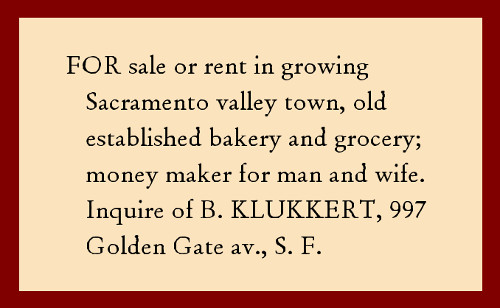 In December 1919, Berend Klukkert advertised the sale of his bakery in the San Francisco Examiner. 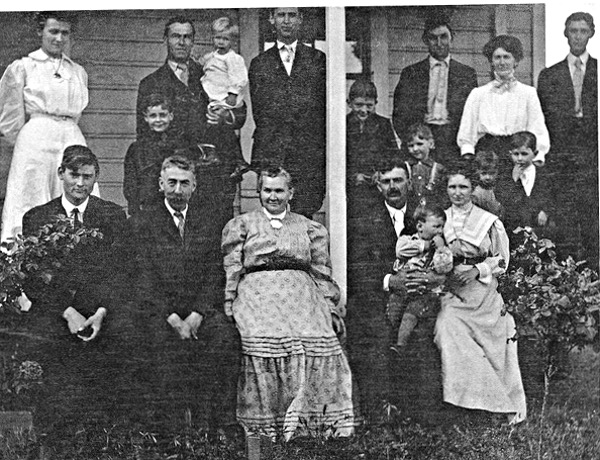