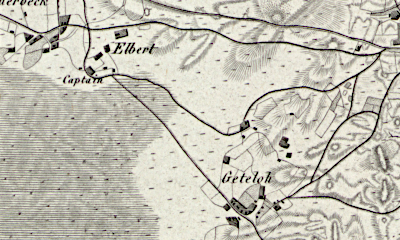 Albert Kraker (Krake) was born on October 18, 1846 in Getelo to Hendrik Scholten and Swenne Krake, the seventh of eight children. Hendrik was a Colon farmer and took the Krake name when he married.

Albert emigrated to Fillmore Township, Allegan County, Michigan, along with his brother Lambert Kraker and sister–in–law, Aleida Wieferink. They departed from Rotterdam and arrived in New York City on December 24, 1873.

In the fall of 1876, Albert married Hermina Knoper in the parsonage of the Graafschap Christian Reformed Church. Hermina had emigrated from Gölenkamp in 1874.

According to the 1880 U.S. Federal Census, Albert was a farmer, and he and Hermina had two daughters by this time, Geertjen and Zwaantje; the Krakers were living a few houses away from his brother Lambert’s family in Fillmore Township. This situation would soon change.

In the fall of 1881, Albert walked to Allendale, where he looked at some farms for sale and decided to buy one. The following spring, the Kraker family moved to Allendale. Today, this farm on 68th Avenue is a Centennial Farm. 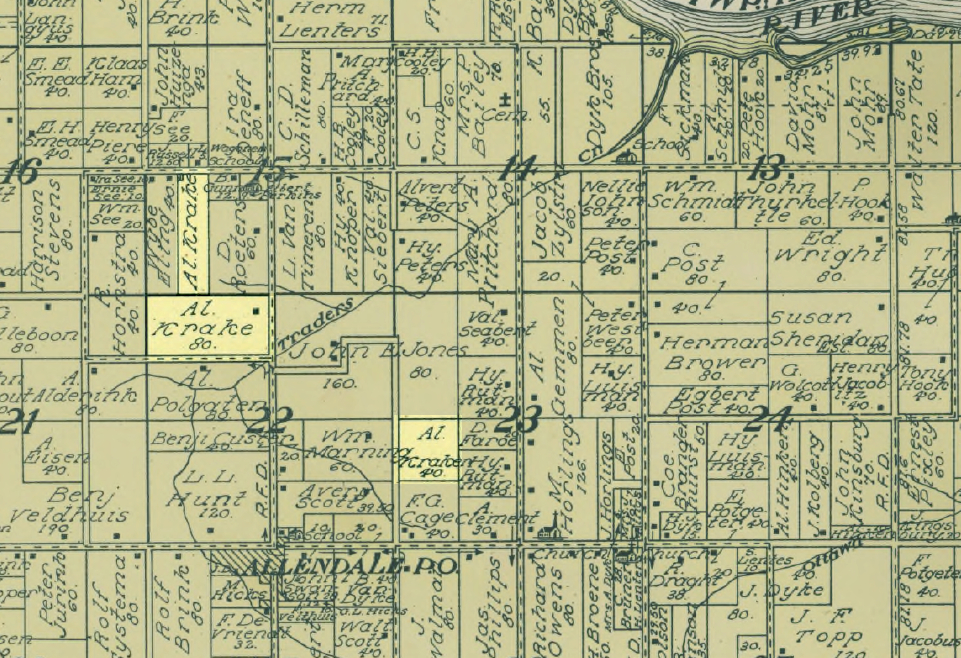 This portion of the 1912 plat map of Allendale Township, Michigan shows the property owned by Albert Kraker. The original 80–acre farm is on the west side of 68th Avenue.

The Albert and Hermina Kraker Family

In Allendale, Albert and Hermina Kraker would have 13 more children, for a total of 14: 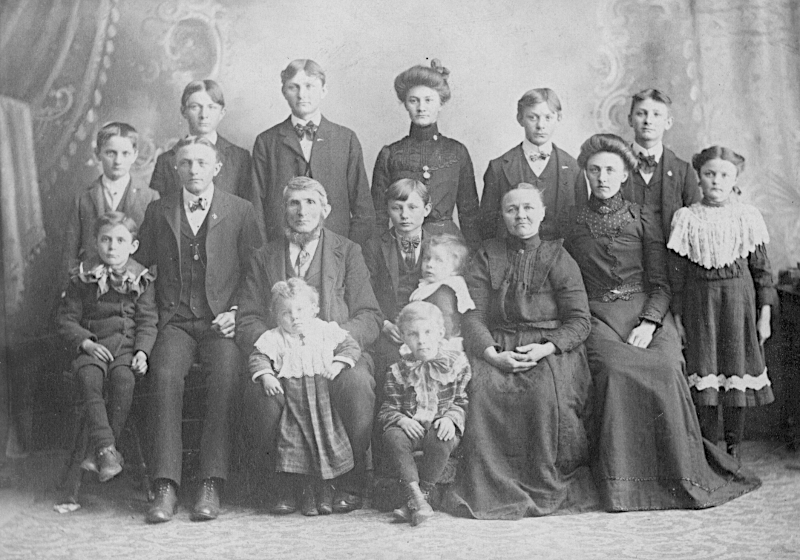